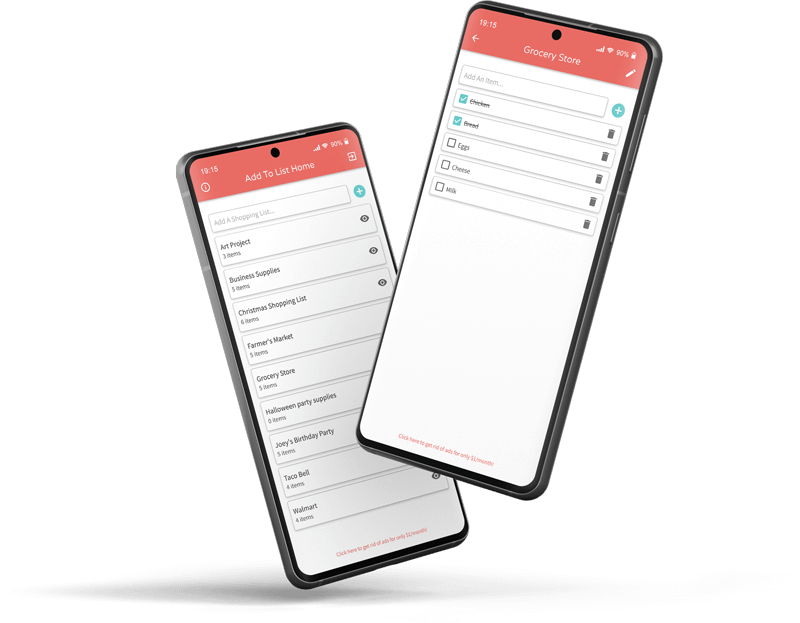 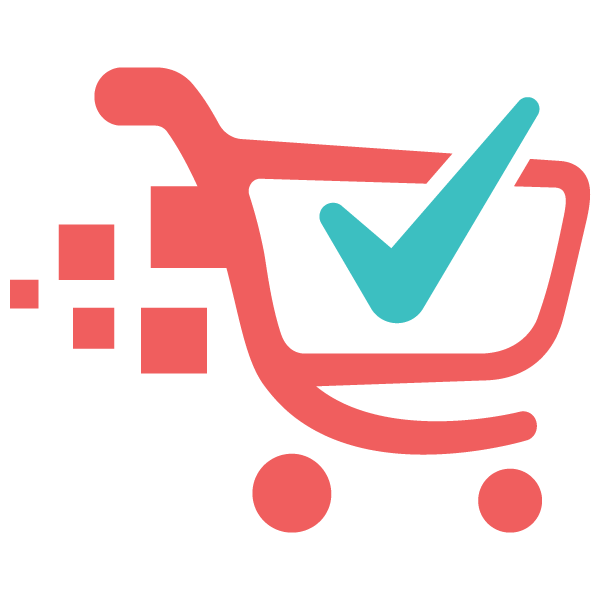 Keep track of your shopping lists with the new “Add To List” mobile app!

Endless back-and-forth trips to the store are a thing of the past! With the new “Add To List” mobile app, you can keep track of everything you need and create a shopping list. It’s simple to use, saves you time, and decreases the number of times you have to run to the store.

Tired of forgetting what you need at the store?

Our “Add To List” mobile app is designed to help you remember everything you need to purchase. Create your shopping lists and add items to the list to keep track of what you need. Then, check them off as you get them. It’s that easy!

You’ll never have to worry about forgetting something important again. With our “Add To List” mobile app, you can keep track of all your shopping needs in one place. Plus, it’s easy to use and makes shopping less forgetful. Check it out today!

How the “Add To List” app works in 3 simple steps

Simply head over to either Google Play or the Apple App store to download the app to your device. Then, create an account using your email address and a password.

Step 2: Add as many (or as few) shopping lists as you'd like

Once you’ve registered, you can create your shopping lists right away. You can separate all of the things you need by whatever type of list you want (see examples below).

Step 3: Add items to your list and check them off once you get them

Click on a shopping list and add your items to keep track of what you have and have not purchased. You can also delete items from the list if the item is no longer needed.

Nadine uses it for grocery shopping

“Whenever I’m running low on something in the kitchen, I add it to my grocery list. Then, when I’m at the store, I launch the app and I don’t forget anything I need anymore!”

“Whether it’s food or toys, I always add all of our pet-related needs to the “Add To List” mobile app. Then, when I go to the store, everything is in one spot and ready for me.”

Jessica uses it for her children's school supplies

“I use the Add To List mobile app to keep track of everything my kids need at school so they don’t have to worry about forgetting things on the first day.”

Shock your significant other

Imagine this… You just got off of a long day at work. You’re about to head home but then you remember your significant other told you to stop at the store to pick some things up. Because of the long, stressful day at work, you can’t remember what it was that your loved one wanted you to pick up…

One of 2 things can happen.

1. You get home and your significant other is upset because you forgot what they wanted (if you had to get multiple items, forgetting just 1 item can be catastrophic).

2. You remember that you used the “Add To List” mobile app to create a shopping list before leaving! You check it and see whatever it was your loved one wanted. You get the items on the list and you arrive home with everything your loved one needs!

The rest of your evening can be filled with fun instead of frustration!

Kathy uses it for party planning

“My daughter’s birthday party had just past and I used the “Add To List” app to keep track of everything we needed for the party. It’s much easier than having to write down every single item on a piece of paper.”

Gary uses it for his remodeling business

“I run my own remodeling company and the app helps me stay organized with all of the supplies I need. I just create a list for each project that I’m working on and boom. I always show up to each job prepared.”

Helen uses it for Christmas shopping

“I think I use the app a little differently than others. I made a list of all of the people I needed to buy Christmas presents for and checked them off when I bought their presents. Worked perfectly for it!”

Jake & his wife were throwing a house party for some of their friends. The party was only supposed to last until 8 p.m. but his friends continued to party and everyone was having a good time. At 11 p.m., Jake realized that he had not planned for enough food and drinks as he thought the party would have ended by then.

After a quick group chat with everyone, Jake realized that making food would be a time-consuming process. Someone suggested that one person should run to the closest fast-food place that was still open. It happened to be a burger joint.

Jake asked everyone what they wanted and was quickly overwhelmed by all of the items and customization requests that were given to him. “No onions on mine!” shouted one of the guests. “Skip the pickles for me” another guest said. It was a disaster with the wide variety of drinks, different types of burgers, and alternate side dishes.

“Hold on! I have an idea.” Jake shouted as he whipped out his phone from his back pocket. “I have an app that’ll make this super easy.”

Jake launched the “Add To List” app and created a “Burger Run” shopping list. Then, he took down everyone’s order individually to ensure that he didn’t miss a thing.

He was able to double-check the order before leaving to ensure that everyone got what they wanted and all customizations were correct.

Everyone was happily devouring their burgers by 11:35 pm.

The “Add To List” mobile app can help you keep track of everything you need when you go shopping. Plus, it’s easy for users with any experience level to use. It’s even compatible with your Android or iPhone. Download it today to start keeping track of what you need at the store!